Speech on 20th Birthday of The Club of Budapest 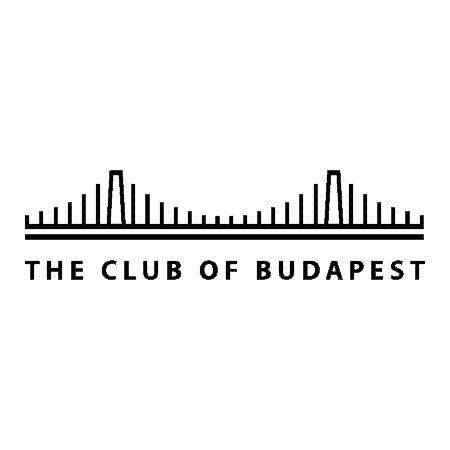 First of all, I wish to thank you all for the 20 years we spent together; I’m deeply grateful to those who have been with us from the beginning. We did start something off. Let us now examine the role our initiative has, along with the role it should have, why it has been established and why it must continue existing.

I had the honour to meet Margaret Mead earlier, who has a famous saying credited to her: “Never doubt that a small group of thoughtful, committed citizens can change the world; indeed, it’s the only thing that ever has.” Added to this, we must say that certain circumstances are needed for a small group to change the world. While the world is very stable and everything seems to work fine, change is indeed very difficult to implement. As long as no challenges emerge, it is very difficult to change the world; without peril, there are no opportunities. The Club of Rome was established in 1968 because we anticipated a situation that would present challenges. Then, we examined the process that is currently taking place in the world, what is being labeled as growth; as economic and technical growth, to be more exact. A book stated back in 1972 that come a hundred years, and in the future – as there are no problems for the time being – technology will come to the rescue, inventing the means to overcome the problematic situations. A counterargument emerged from the Club of Rome back then, this was the key topic of the 10th anniversary event held in Rome in 1978. Our central point was that we had announced the need to change, stating that we were not travelling down the path to growth, that alternative routes must be found instead. The managers, businessmen, politicians and cultural delegates who had attended all agreed and found it a grandiose proposal. Then, a question emerged: Although the persons present all agreed that it was indeed a good thought, everyone also agreed that while change was indeed necessary, everyone would, in all probability, retire to their own working area after the meeting to continue what they had been doing beforehand. What should then we do? Somehow, the fact that we are heading for trouble down a dead end should be brought to the attention of a greater audience. The trends those curves had set are nothing but the stark reality. What is the risk here? None other than the survival of mankind.

Earlier, we regarded survival as a keyword; the sustainability paradigm only set in a while later in the 80s and the 90s, i.e. the realisation of the impossibility of sustaining such a high number of people in the present economic system on a planet sized like ours. Were a part of mankind to go extinct, what would the rest do? Would they be able to survive? Is this a utopia, an outbreak of altruism, or a direct interest of all to try to achieve some change? Then came the idea of involving people into this cozy group who wish to change the world, artists and not only prominent businessmen, along with devoted scientists as well as intellectual and spiritual persons. With the help of the brainstorming activity thus brought to life, the rest of the people should be informed and made understand the dangerous situation we – or if not us, then our children – are exposed to.

Originally, it was the thought of sustainability that prompted us to behave so as to leave a liveable Earth for the generations to come. Nowadays, this has transformed into trying to behave in a manner that lets us live. The danger of unsustainability is closer to us than it ever was, in any past moment. It is not so much what has happened but why it has happened and why some action should be taken. The fundamental principle of the Club of Rome was that it will operate as long as there is a need for it and it will dissolve as soon as it is no longer needed. This is indeed a very good thought, the Club of Budapest should likewise operate as long as its work is necessary. How should we dissolve? I do not think we are facing that sort of danger now. I believe we are needed.

We have found ourselves in a different world, of course, with its own philosophical and scientific background and its very well defined leading idea. Our philosophy treats this very complex world – mankind together with nature – in a manner that assumes that if a fundamental imbalance should set in, our conditions of survival would become questionable. Are the 7 billion of us capable of surviving on this planet and how soon are the processes jeopardising our chances generated? Back in those days, this was merely a theoretical question. I think one may consider it a development that the notion of this danger has become much clearer, that it is understood far better today. People generally understand it, even if not fully aware of what action should be taken; they can see very well when things are not going so straight, if a change is necessary. In a very general sense – be it east, south, west or north – it is seen everywhere that we live in a manner that is not right and which needs to be changed. The next question that emerges is what should be changed? First of all, the evolution of human communities should be understood, which evolution exists incorporated into a natural community, i.e. the biosphere and which community is now heading towards cataclysm. The cataclysm is a rapid process; when a system arrives to this point, when it reaches the limits of its sustainability, it either changes or collapses. We are now faced with a situation whereby the processes get increasingly faster. Most people ask – at least from me – how much time we still have left. In China, I said in the keynote speech of an international conference that we have a maximum of 10 years left. The Chinese then said it was indeed high time to do something. For the moment, we talk a lot and do little. This should be changed in the first place, but what does this exactly take? The magic word coming into increasingly general use is called awareness. The present situation is that today we do not work with the awareness required for this system, i.e. sustainability. It is as if small, independent communities were in existence. There exists a system as a whole, of which everyone considers strictly a small fragment and wishes to make that particular fragment survive. The equilibrium of the entire system will be overturned if work is continued in this philosophy, if our awareness does not grow up to the situation we are now in; hence the need to further develop this specific awareness. This is a question of survival. I do not doubt at all that we are facing significant changes and serious crises, but as to when and how strongly they will strike and how will we be able to react to them are things I do not know – no one knows these at this stage. One thing is certain: planetary awareness is not an opportunity, it is a necessity without which no progress will be made at all.

In my opinion, the situation is not hopeless. Although we are facing a very serious situation, it is not hopeless. What is our hope? That we will grow up at last. The Club of Budapest is now 20 years old, going on to 21; it is an adult. Will mankind ever grow up? How many small “teams” are there in the world, which may catalyse more awareness? Such small teams should be set up everywhere. Many exist already, e.g. on the internet. On 24 October, I made a speech over the phone and a total of 140,000 people signed up to hear it, meaning that there are many out there, keen to take some sort of action. In this manner, today one can address an audience of 140,000 at the same time; the infrastructural opportunities are therefore available. We need to grow up to this world in order to survive in it. The dangerous phenomena are well known: we are warming up the entire atmosphere and agriculture will not be able to produce sufficient amounts of food for all the people, not to mention the social problems we are facing. The system itself is on the limit of its sustainability, nearing the point of no return. Changes are however possible, as the system reacts quickly. The opportunities, i.e. communication infrastructure, media and the youth are all available, this latter not only characterised by wearing the same jeans and singing the same pop songs, but also by increasingly starting to develop a similar fashion of thinking. A new culture is emerging worldwide, and we need to address it. The opportunity is available and as necessary as it is, we need to give it a try. What we have done so far may have contributed to a small extent to induce a new kind of thinking in the world. One option is to retire and try to defend ourselves, the other is to think over – especially concerning the young ones – what can be done. Our task is to play the role of catalyst in small groups. We have indeed been active to present day, but we need to intensify our communication worldwide as new social aspects, new considerations of quantum physics and new paradigms constantly emerge. This is the task of the Club of Budapest. I’m happy to see a small group that reacts to this problem and asks itself the question if there is anything they can do? Let us come together and do what can be presently done!