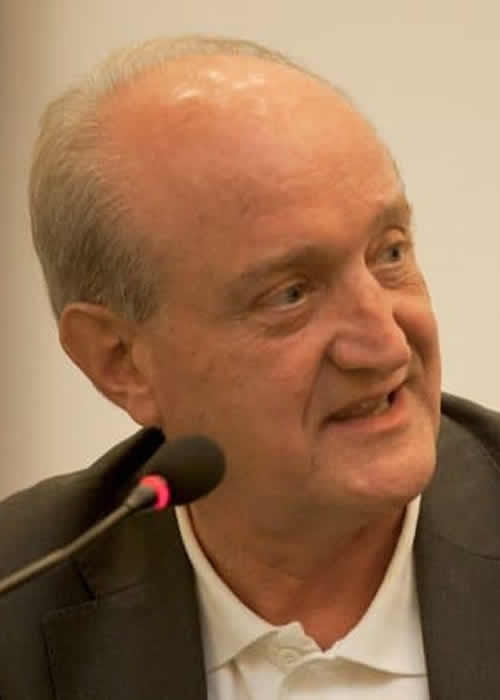 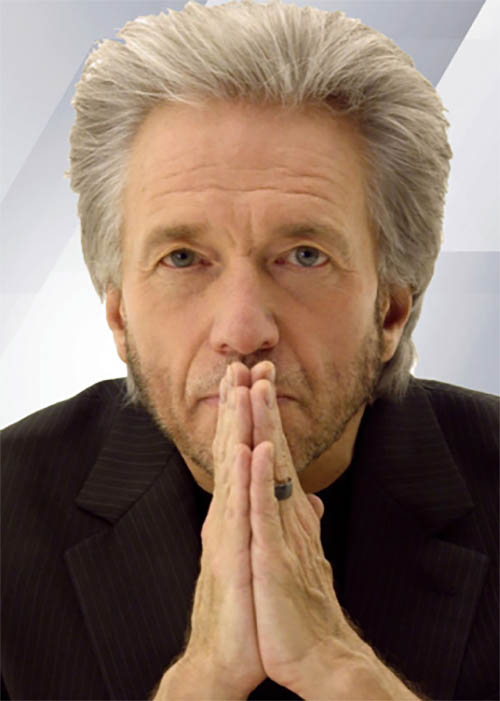 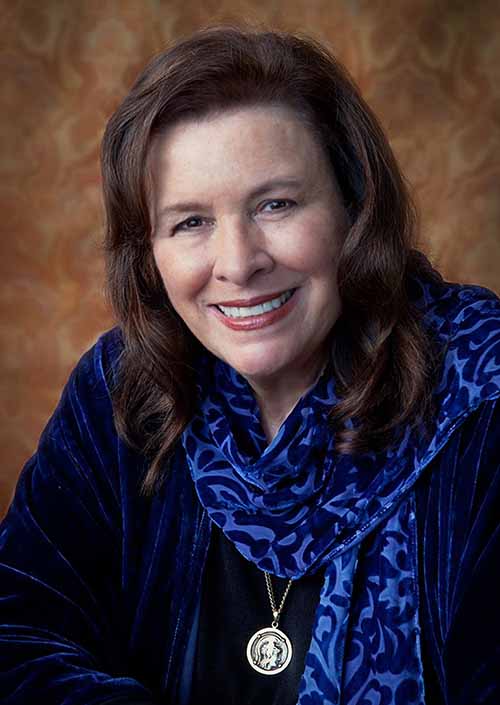 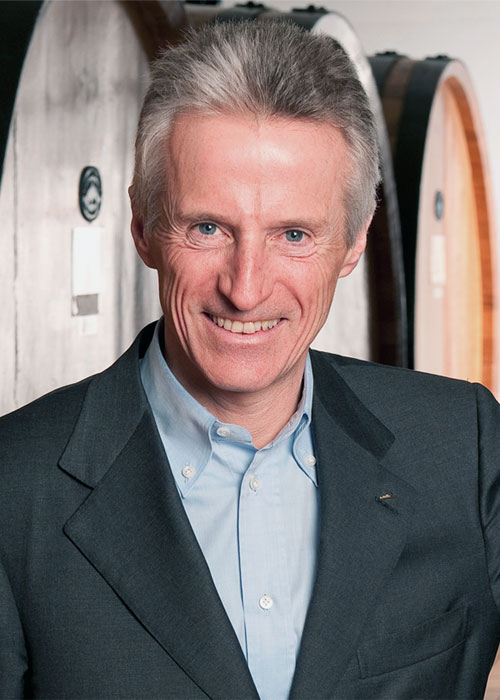 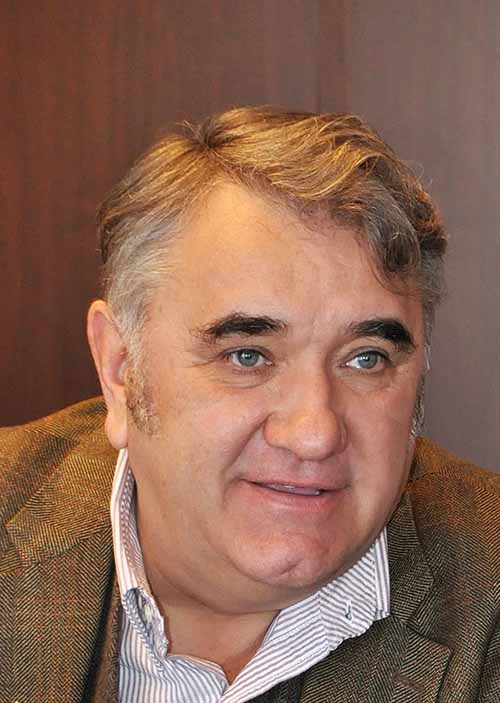 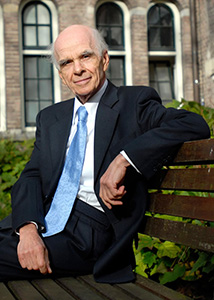 He is the author or co-author of hundred and one books translated into twenty-four languages. Laszlo was nominated for the Nobel Peace Prize in 2004 and 2005. 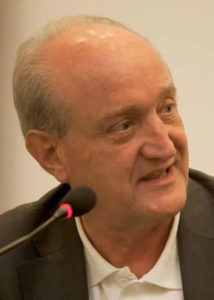 He is author of more than hundred scientific publications and of some books: “L’Aggressione Nascosta. Limiti Sanitari di Esposizione ai Rischi” published by Feltrinelli 1982,  “Complexity and Biology” published by B. Mondadori 2002, “Il Cancro e la Ricerca del Senso Perduto” edited by Springer 2008, (this last book was published also in USA by North Atlantic Books 2009 (“Cancer and the Search for Lost Meaning“), and by Verlag Via Nova in Germany 2011) and “Il Senso Ritrovato” (with Ervin Laszlo) published by Springer in 2012. With Ervin Laszlo and Diego Frigoli ” he published the also the book: Dal Segno al Simbolo. Il Manifesto del Nuovo Paradigma in Medicina, edited by Persiani in 2014 and with Laszlo the book “Information Medicine” edited by Healing Arts Press Rochester 2018, and finally the book “Guarire” edited by Enea, Italy in 2019. 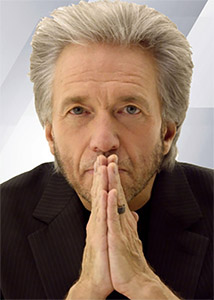 Gregg Braden is a five-time New York Times best-selling author, scientist, international educator and renowned as a pioneer in the emerging paradigm based in science, social policy and human potential.From 1979 to 1991 Gregg worked as a problem solver during times of crisis for Fortune 500 companies, including Cisco Systems, where he became the first Technical Operations Manager in 1991. He continues problem-solving today as his work reveals deep insights into the new human story, and how the discoveries inform the policies of everyday life and the emerging world. To date his research has led to 15 film credits and 12 award-winning books now published in over 40 languages. 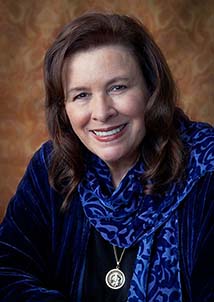 Jean-Houston, Chancellor of Meridian University, is a visionary researcher who has authored nearly 30 books and worked intensively in over 40 cultures, lectured in over 100 countries, and worked with major organizations such as UNICEF and NASA. Dr. Houston has developed a worldwide network of leaders including Joseph Campbell, Margaret Mead, Buckminster Fuller, Jonas Salk, US presidents Jimmy Carter and Bill Clinton, as well as US Secretary of State Hillary Clinton, giving her unique insight into the human potential. Dr. Houston’s book, A Passion for the Possible, is an expansive compliment to her inspiring PBS special of the same name.

Dr. Houston has served on the faculties of Columbia University, Hunter College, Marymount College, The New School for Social Research, and the University of California. She holds doctoral degrees in both psychology and religion. Since 2002, Dr. Houston has been working with the United Nations Development Program, training leaders in developing cultures throughout the world in the field of Social Artistry. 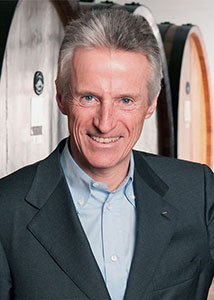 From 2014 to June 2019 he held the role of Chairman of Gruppo Illy. He joined illycaffè, the family owned company, in 1977. A few years later he became Sales Director. In 1992 he was appointed CEO and later Vice-President. Mr. Illy was member of the High Level Group on Administrative Burdens of the EU from 2008 to 2010.

He has the degree Honoris Causa in Political Sciences and lectured at the Faculty of Communication Sciences of the Trieste University. He is member of the IEDC – Bled School of Management Supervisory Board.

Since 2018 he has been leading a course on Disruptive Quality.

Mr. Illy is also a journalist and author of different books. 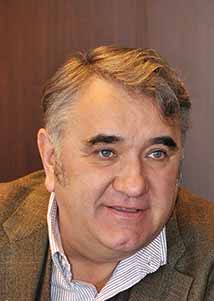 Dr. István Teplán is an economic historian, sociologist and educator; educated in Hungary and the USA. He is the President and Co-Founder of the Brussels based PROSUM Foundation.

He was one of the founders of the Central European University (CEU) and as Executive Vice President he served CEU between 1992 and 2007. He served as the Director General of the Government Center for Public Administration of Hungary, and was a board member of the European Institute of Public Administration.

He was the chief advisor of the State Minister for Environment of Hungary between 2010 -2014. During the Hungarian Presidency of the EU he was the Chair of two EU Council Working Parties on International Environmental Issues and also played a key role in Hungary’s preparation for the UN Conference on Sustainable Development.

He was the founding Director General of the Hungarian National Institute for Environment and served as the appointed Envoy for the Budapest Water Summit, held in October 2013 in Budapest.

He was a Board member of the Regional Environmental Center for Central and Eastern Europe between 2009-2016. He also was a member of the Management Board of the European Environment Agency (EEA). Dr Teplán is a contributor of several articles and papers to international conferences and journals and taught at several universities.

As a scholar he contributed to the book, Budapest and New York, Studies in Metropolitan Transformation 1870-1930.

Dr. Istvan Teplán is a recipient of the Officers Cross of Merit of the Hungarian Republic.