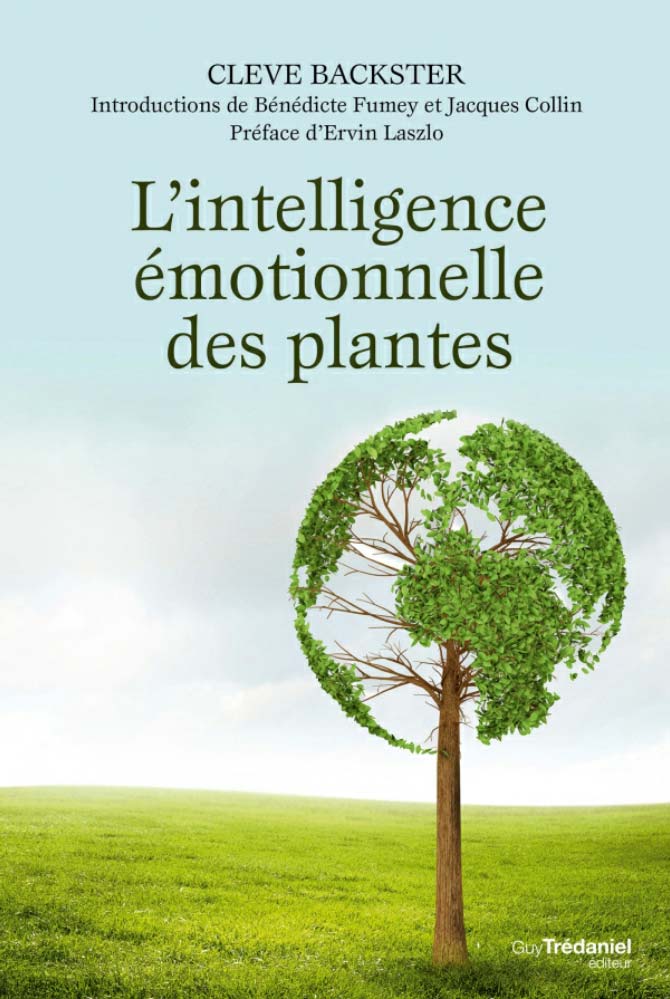 Cleve Backster is the pioneering experimenter whom we can credit with demonstrating that plants respond to simuli in a complex and demonstrable manner. In Backster’s term, they have “primary perception.” The reality of primary perception has been contested in mainstream science on the ground that such perception is not possible, since plants do not have a nervous system. This objection presupposes that living organisms respond to external stimuli exclusively through their nervous system. If they do not possess a nervous system, they do not and cannot respond to stimuli.

This tenet, and therefore the objection that it grounds, can now be considered falsified. Perception presupposes the processing of information conveyed by signals from the internal or the external environment of an organism. In humans, ordinary sensory perception — which is a perception of the external environment — involves processing signals conveyed by the exteroceptive senses by the nervous system. Classical theory maintains that this is the only kind of perception that is possible in the human being; and that any organism that does not have a nervous system cannot process information from its eternal environment, and consequently does not have a perception of it. This theory has been transcended. We now know that Information is not processed uniquely through the nervous system even in a human being; it is also processed on the quantum level.

It is not contested, of course, that the kind of information that constitutes everyday perception is processed by the nervous system. This is a system of neurons connected by synapses in a neuroaxonal network. But this is only one of the systems that processes information from the world, and the perception that it produces is only one kind of perception of the external environment. There are perceptions that are not of sensory origin but are just as real as those that are. These perceptions have been known and valued in traditional cultures but are largely dismissed in the modern world. Everything that is in the mind must have first been in the eye (or other sensory organ), according the basic tenet of classical empiricism. Insights and intuitions that come spontaneously, without evident sensory origin are dismissed as illusory. Yet this is simple prejudice, because information of nonsensory origin is also processed by the human organism, although not at the level of its nervous system. In Backster’s terms, not only plants, also we human beings have “primary perception.” This comes about through the processing of quantum-level signals by quantum-level decoding networks in our brain. These are subneuronal networks built of cytoskeletal proteins organized into microtubules. The microtubular networks are connected to each other structurally by protein–links and functionally by gap junctions. Physicist Roger Pernrose and nerophysiologist Stuart Hameroff suggested that the number of elements in these subneuronal networks substantially exceeds the number of elements in the neuroaxonal network: there are approximately 1018 subneuronal microtubules in the brain, compared with “merely” 1011 neurons.

It may be that microtubules theselves are too coarse–grained for perform the decoding that results in primary perception: it is more likely that it is the periodic lattice within the network of microtubules that processes information on the quantum level. This “microtrabecular lattice” is part of the cytoskeletal lipoprotein membrane, a web of microfilaments seven to nine nanometer in diameter. Psychiatrist and brain researcher Ede Frecska and social psychologist Eduardo Luna suggested that this structure processes quantum–level signals in the human brain.

If information is processed already on the quantum level, it is also processed by organisms that do not possess a nervous system. They, too, have “primary perception.” This is not an extrascientific mysterious process, but part of the way the universe functions. Interaction based on highly tuned interconnection emerges at all scales in the universe, in all spheres of observation. At the basic level, interconnection appears as “entanglement” among quanta Ever since Alain Aspect landmark eperiments in the 1970s, testing the EPR (Einstein-Podoloski-Rosen) thought experiment, it has been recognized that particles that occupied the same quantum state remain sensitively interconnected at any finite distance. They can be said to “perceive” each other no matter who far removed they are from each other in space and, according to recent experiments, also in time.

Entanglement is not limited to the quantum domain: it surfaces also at macroscopic scales. Life would not be possible in its absence. In the human body, for example, trillions of cells are precisely correlated to maintain the organism in its physically improbable living state. This calls for quasi-instant multidimensional interconnection throughout the organism. The assumption that interconnection is only through chemical interaction and the processing of signals through the nervous system has been transcended. The organism is a macroscopic quantum system with quasi-instant interconnection among all its parts at the basic physical level.

The kind of interconnection that maintains the living organism in the living state is not limited to the living organism itself: it obtains also among living organisms. A multi-organic, and often multi-species ecology is a complex system of which the coherence is assured by multidimensional and multiscale connections among its elements. Each element is constantly “tuned” to all the other elements and jointly maintains the system in its physical and ecological environment. Without this kind of constant active interconnection life would not be possible, and neither organic nor multiorganic systems could maintain themselves in the biosphere.

Interconnection among the elements of organic and multiorganic systems costitutes a kind of perception. One element, be it a quantum, a molecule, a cell, an organ, or an entire organism, “perceives” the other quanta, molecules, cells, organs and organisms, making the web of life into a finely tuned primary-perception-based system.

It should not come as a surpirse, then, that plants respond sensitively to other organisms in their environment. As complex and already integrated living systems, they display their sensitivity in multiple ways, including changes in electrical resistance at the surface of their leafs. It is Backster’s historic achievement to have demonstrated this in a repeatable experimental way. Previously it could be dismissed as a curious anomaly without deeper meaning, since plants, not possessing a nervous system, cannot perceive events in their surroundings. Today this objection no longer holds. We now know that what Backster calls “primary perception” is a universal phenomenon in the realms of life, and beyond. The universe as a whole is an interconnected, finely tuned system, where all parts respond to — and thus to some extent perceive — all the other parts. The primary perception of plants is part of this universal intertuned sensitivity, not essentially different from the sensitivity that appears in an articulate form in our own human consciousness.