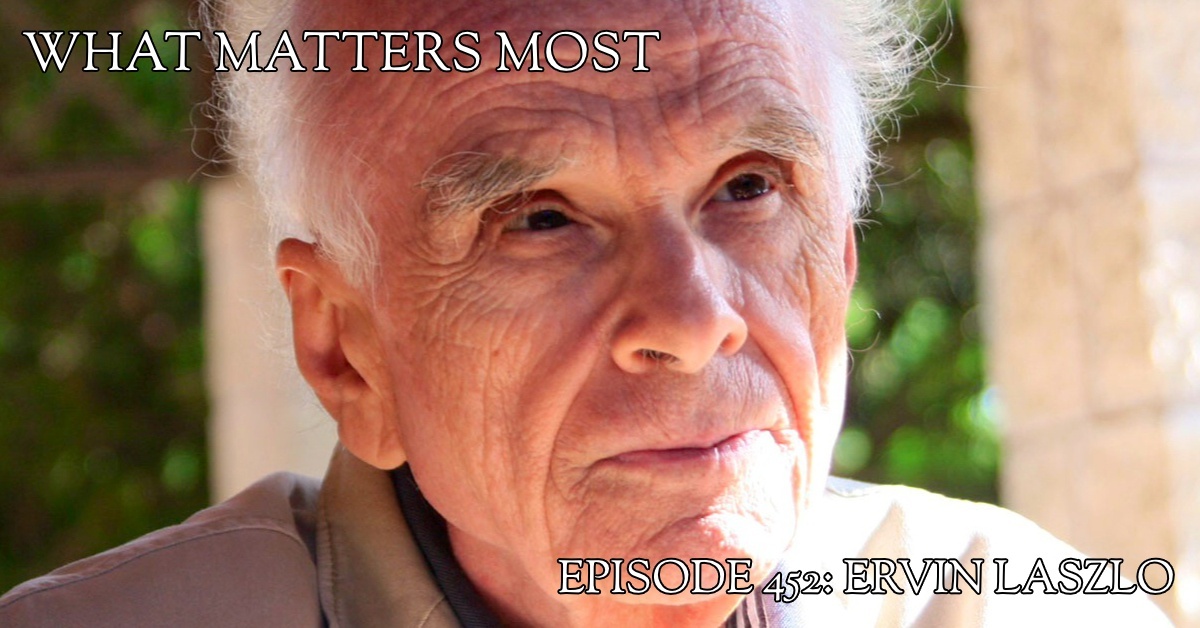 Ervin Laszlo is interviewed about Reconnecting to the Source on What Matters Most Podcast by Paul Samuel Dolman.

What an honor to sit down again with the great philosopher Ervin Laszlo, a true icon and inspiration. A true wisdom keeper, Ervin spoke with great beauty about some of the deep, eternal questions we have been asking since the beginning of time. Recognized worldwide for his achievements, he has been twice nominated for the Nobel Peace Prize. We talk about his brilliant new book, Reconnecting To The Source, plus so much more.

Why are we here?

Tune in and hear the articulate and elegant answers this magnificent soul shares with all of us.

Dr. Laszlo is generally recognized as the founder of systems philosophy and general evolution theory. His work in recent years has centered on the formulation and development of the “Akasha Paradigm,” the new conception of cosmos, life and consciousness emerging at the forefront of the contemporary sciences. He serves as President of the Club of Budapest, Chairman of the Ervin Laszlo Center for Advanced Study, Chancellor of the Giordano Bruno New-Paradigm University, and Editor of World Futures: The Journal of New Paradigm Research.

He is recipient of the highest degree in philosophy and human sciences from the Sorbonne, the University of Paris, as well as of the coveted Artist Diploma of the Liszt Ferenc Academy of Budapest. Additional prizes and awards include four honorary doctorates.

His appointments have included research grants at Yale and Princeton Universities, professorships for philosophy, systems sciences, and future sciences at the Universities of Houston, Portland State, and Indiana, as well as Northwestern University and the State University of New York. His career also included guest professorships at various universities in Europe and the Far East. In addition, he worked as program director for the United Nations Institute for Training and Research (UNITAR). In 1999 he was awarded an honorary doctorate by the Canadian International Institute of Advanced Studies in Systems Research and Cybernetics.

Twice nominated for the Nobel Peace Prize (2004, 2005), he got Goi Peace prize (2001). He has authored more than 70 books, which have been translated into twenty languages, and has published in excess of four hundred articles and research papers, including six volumes of piano recordings.