A Ten-Point Roadsign from Science and Spirituality

We are at crossroads. Our choice of the way we take will decide our future, and may determine our destiny. We need scientifically as well as spiritually informed thought and action by a critical mass of awakened and responsible people. The ten-point roadsign that follows is intended to help us to make a wise and responsible choice.

2. According to the systems sciences, we are at a “point of bifurcation” — the trajectory of our evolution now has more than one branch. We must choose a branch, because we cannot stay as we are, and cannot go back to where we were. The world around has changed, and some of the change is irreversible. We have to go forward, finding a way that ensures the persistence of the human species and the wellbeing of human beings.

3. The conditions for creating a sustainable world of wellbeing are known to contemporary science, and are known, and are known (and have long been known) to the spiritual traditions. These insights need to be taken into account if we are to thrive, and even just to survive, on Earth.

4. A long-standing insight is rediscovered today in the sciences. This is the insight that the way humankind, and the entire web of life on Earth, is changing is irreversible, but not random. Evolution is a coherent and embracing process. It is not limited to the biology of living species, to changes in the structure of their DNA. The rapid evolution we experience is social, cultural, and ecological, not biological.

5. The evolution unfolding on Earth extends to the whole universe. The quantum sciences are telling us that all things are interconnected in space and in time; nothing is entirely separate from other things — indeed, from all other things. The evolution we experience is part of a cosmic evolution unfolding throughout space and time. Space and time, however, are limited: according to physical cosmology, the universe is neither eternal nor infinite. It stems from the aftermath of the cosmic “singularity” known as the Big Bang 13.8 billion years ago, and will end either in the Big Crunch where every “thing,” every form and configuration of matter is supercompacted to a quantum dimension smaller than the head of a pin, or in the Big Freeze, where all free energies have been exhausted and no irreversible processes can take place —not even the flame of a candle will then be supported.

6. In between the birth and the death of the universe, there is a nonrandom and generally irreversible process called evolution. Evolution is strongly nonlinear beset with interruptions, gaps, and even temporary reversals. Yet on the whole, it unfolds universally and unceasingly. It embraces the evolution of the structure of stars and stellar systems in galactic space, and the evolution of the structure of cells in living organisms. No element of this evolution is local. The way galaxies evolve in the meta-galaxy is connected, and in a sense is one, with the evolution of humanity on this planet.

7. A crucial insight is emerging among awakened people, whether they are scientists or visionaries. Evolution in the universe is not limited to biological organisms — it embraces a fundamentally different kind of process: the evolution of consciousness. The world we inhabit is not a physical, but a psychophysical universe. Consciousness is a basic element in it. As spiritual people well know, and as great scientists are now discovering, consciousness in the universe is one, and likely to be infinite in space and in time. Cosmic consciousness is the Great Spirit of indigenous belief systems, the Godhead of the Abrahamic religions, the Dharma of India and the Dao of China. Our individual consciousness is a fragment, a projection, or a fractal element of cosmic consciousness.

9. At the end of the life-cycle of the physical aspect of the universe, all things material disappear, but the one-conciousness of the universe persists. At the Big Crunch or the Big Freeze, the universe harbors in an actualized form the consciousness that was already present in a potential form at the Big Bang. 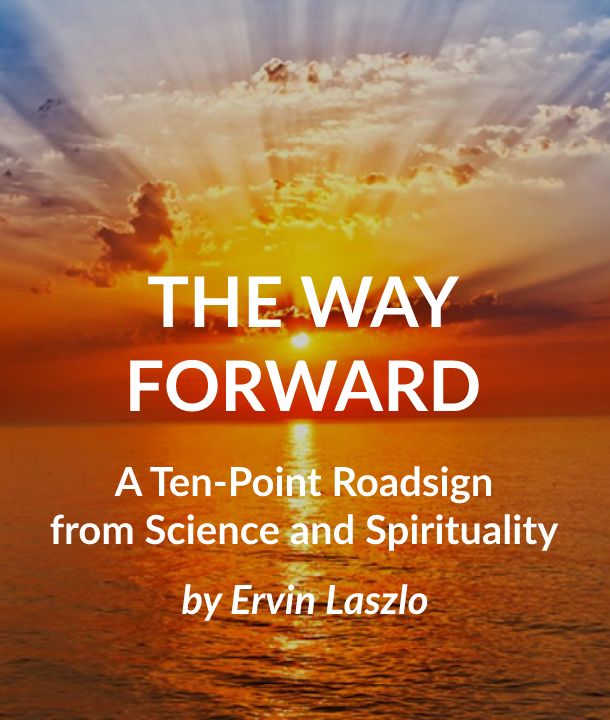 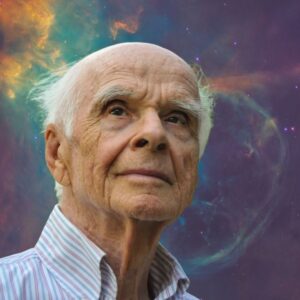